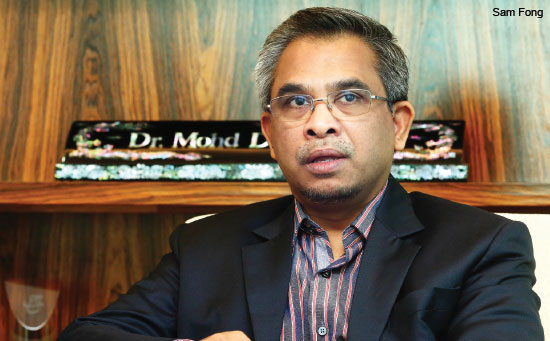 “If the merger goes through, it may be the starting point for banks to seriously look beyond Malaysia because it makes no sense for them to compete with smaller banks [here],” Datuk Dr Mohd Daud Bakar, group chairman of Amanie Advisors told The Edge Financial Daily in an interview.

“It will be very much a catalyst for global Islamic finance and banking from Malaysia. We are hopeful that it will be the reality in the near future,” said Mohd Daud, who is also president of the International Institute of Islamic Finance.

He said while the local market for Islamic finance remains lucrative, banks should not be content to remain in the local market as a market downturn could cause a reversal of fortunes.
“If they do not create their name in the global market in good times, it will be more difficult for them to get [a piece of] the market in the future should there be low liquidity here in the event of a market slowdown,” said Daud Bakar.

According to Baiza Bain, director for global business at Amanie Advisors, low risk tolerance is why local banks are not expanding their reach overseas.

Baiza said currently, Malaysian banks have a “very tight” risk policy which will need time to evolve in order for them to go abroad, adding that the few attempts thus far have been on a partnership basis with the bulk of their contribution being knowledge and technical expertise.

Some Malaysian banks have partnered with locals in Bahrain and Saudi Arabia, he said, “but because they are so small, they’re not really pushing to be a part of the market”.

In addition, local banks’ issuance of Islamic sukuk in the international arena is still low relative to international banks such as HSBC and Standard Chartered Bank, he said.

“For Malaysian banks to move forward, they have to be able to be involved in debt issuance. Currently, the same few international banks in the market are taking most of the opportunities,” said Mohd Daud.

Bank Negara Malaysia aims to capture a 40% market share of the Islamic banking industry in terms of assets by 2020.

“Many [financial] products that we have in the market can be turned Islamic without great difficulty, as Muslims and non-Muslims may be using these products without realising that it’s shariah-compliant,” he said.

He dismissed concerns about cannibalisation of conventional products by Islamic ones in conventional banks with Islamic banking subsidiaries.

“We need to relook the meaning of that word (cannibalisation) differently, because they are owned by the same shareholders at the end of the day,” he said.

He added that more retail sukuk should be issued to allow the public to participate in government infrastructure projects.

“Although we have the Danainfra sukuk, it’s just for specific industries such as infrastructure and transportation. It’s a good move, but we have to widen the scope further.” – The Edge Financial Daily, September 8, 2014.