According to him, special attention should be paid to the power of smart technology 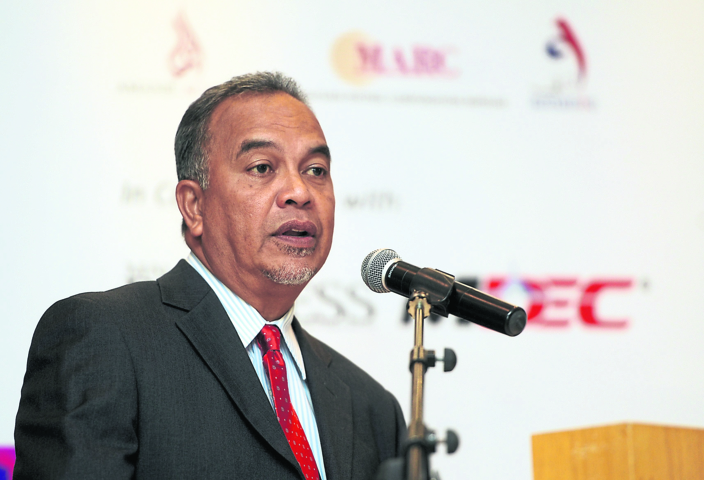 THE benefits of applying blockchain technology in sukuk, or Islamic bonds, should not be ignored as the technology has the potential to greatly increase security and transparency in the industry, while spurring it on to greater heights.

Deputy Finance Minister Datuk Amiruddin Hamzah (picture) said the latest trends in sukuk issuance — particularly in relation to sustainable and socially responsible investments, as well as the potential of blockchaining sukuk — should also be observed.

He said special attention should be paid to the power of smart technology as it can transform the industry to become more transparent and better regulated, as well as to harvest low-hanging fruits by leveraging on this “new and inspiring” technology.

“I am personally eager to see how fast the sukuk market can tap into blockchain technology to manage sukuk issuances, covering its complete life cycle from rating, subscription, trading, etc. I am confident this will become a reality one day,” Amiruddin said in his keynote address at the Kuala Lumpur International Sukuk Conference yesterday.

Blockchain, or distributed ledger technology, is a decentralised, global and trustless technology that facilitates secure and anonymous transactions.

Although it is most well known for its use by cryptocurrencies such as bitcoin, blockchain is increasingly being utilised in other areas such as banking, capital markets, and oil and gas due to its viability as a business tool and ease of application as a high level use case.

With security being of utmost importance in financial markets, the ability of blockchain to increase transparency in the system becomes most attractive.

Amiruddin said, apart from being less susceptible to hacking and manipulation, the technology also serves to eliminate “certain bad practices” in the market as it is based on open distributed ledgers.

He cited the World Bank’s recent launch of bond-i as an example of bonds issued using blockchain, which is also the world’s first bond to be created, allocated, transferred and managed throughout its life cycle using distributed ledger technology.

“The two-year bond raised A$110 million (RM330.7 million), marking the first time that investors have supported the World Bank’s development activities in a transaction that is fully managed using blockchain technology,” Amiruddin said.

There is also already technology or software that can predict the potential default of any issuer based on certain global data, the relevant industry and the issuer’s balance sheet.

Not only can this help in managing the risk better, but it can also prescribe the steps to be taken to improve the financial terms and conditions, and what it takes to avoid any risk of default.

Amiruddin said sukuk should be promoted as a financial instrument in the long run — “not only to facilitate the fundraising exercise for corporations for their commercial purposes, but also for charitable causes”.

“Sukuk can be instrumental to help the Malaysian society at large. In line with the whole idea of financial inclusion, sukuk should be implanted directly in the hearts of Malaysians, especially to ensure the wellbeing of the underprivileged and less fortunate,” he added.