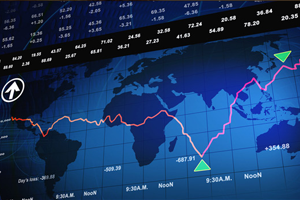 On paper, the Commodity Murabahah concept is the likely answer for the issues surrounding similar Shariah-compliant structures. The question raised now is, what’s stopping its full acceptance?

Murabahah is the most acceptable form of financing model by any standards. It sets off the business risk attached together in the Musharakah and Mudarabah structures, as banks are not involved in any partnership arrangements exposing to any particular business risks.

Most importantly, Murabahah allows a bank to lock its profit out of the financing arrangement. The only drawback in Murabahah is that it can only serve the purpose of asset financing.

Commodity Murabahah is highly likely to be the answer to all these problems, challenges and issues. This financing arrangement is as robust as the Murabahah financing and, in addition, it can also serve the needs for cash financing.

The arguments were amplified by the announcement of the prohibition in using the organised Commodity Murabahah by the OIC Fiqh Academy in Jeddah in 2009.

Generally the elements of this organised way in arranging the commodity Murabahah can be summarised as below:

The points below can be considered as the potential solutions:

Generally the bank uses a broker or brokerage institution to provide the underlying asset to be purchased and transacted throughout the commodity Murabahah structure. The issue of buying through a broker is that there is no actual true sale occurred. When the bank purchases the commodity, the purchase is just a pass through transaction to the source of supply in the market. A recommendation for possible Shariah solution is for the bank to purchase directly from the trader who rightfully owns the commodity to be sold. This arrangement will also mitigate the arguments of “no parties is interested in subject matter” as stated above, since at least one party (who is the trader) has the interest to sell the commodity to the purchaser such as other traders or banks.

Most of commodity Murabahah arrangements today use metal as the underlying asset. Metal, even though it is stable in terms of price volatility in the market, posses a fundamental delivery problem. In the commodity Murabahah arrangement, when the customer who purchases the metal from the bank decides to take possession of the commodity, the bank in most cases would be unable to do so. From the Shariah perspective, a sale contract without giving a solution of physical delivery to the buyer is considered as null and void. One good solution, which has already taken place in the market, is to substitute metal with crude palm oil (CPO). The palm fruit and its oil can be developed into few other raw products that are needed by other producers in the palm oil industry.

When a customer who is located far and remote areas or where access is bad, the delivery of the commodity may endure longer time if the demand is made. In such a case, the purchased commodity may also take a longer time in the inventory of the seller. In this case, there will be an extra cost to be borne by the seller or to be recourse to the buyer. The traders must ascertain on who should bear this extra cost.

There may be a situation where there are two outstanding liabilities occurred at the same time which may lead to future trading transactions; for example, the outstanding payment and outstanding delivery of commodity. This will result in the contract being null and void.

Commodity Murabahah has emerged to be the superior choice of an Islamic financing tool that is universally applicable and widely accepted. It is also an efficient instrument for mobilisation of funds between surplus and deficit units.

Despite its popularity, the announcement by an influential Shariah setting institution concerning the Shariah problems attached within the current practice of commodity Murabahah has put many players and consumers in a
dilemma.

It is being increasingly questioned if commodity Murabahah defies Shariah requirements. The answer to that is, in principle, it does not. The only matter that may be of concern in Shariah views is limited to the ways of the contracting parties execute the sets of arrangement in a particular Commodity Murabahah transaction.

Razi was previously involved in product and business development activities of IslamiQ Ltd. He was one of the Shari’ah secretariats in IslamiQ, responsible for the development and management of Shari’ah compliance products as well as communication between the management and Shari’ah scholars. IslamiQ is the first online company dedicated to meeting the Islamic investment and financial needs of the global Muslim community. Prior to that, Razi was a product development consultant for Islamic Capital Technology. He participated in the Islamic Financial advisory and assisted in the structuring of private equity funds, Islamic business-to-business financial marketplace and Takaful products.

Razi involved profoundly in Islamic Economy and Finance research, he was a researcher in Islamic Financial Data Services Ltd. (UK), with the main responsibility of conducting market research, providing reports and updates on the new Islamic Finance products in both concept and application. He was once an independent researcher based in the Middle East. Razi graduated from International Islamic University Malaysia with a Bachelor Degree of Accounting.

Email: This email address is being protected from spambots. You need JavaScript enabled to view it. | Website: http://www.amanienexus.com