The Case for a New Screening Methodology
4.0/5 rating (1 votes) 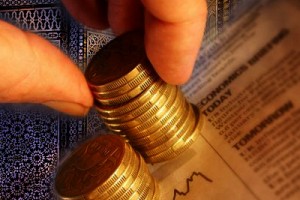 The Shari’ah compliant equity screening methodology can often be viewed as the single most potent development within the sphere of Islamic Finance. On its account, there are some 700 funds within the Global Islamic Fund Management Industry by the first quarter of 2010, boasting an estimated Asset under Management to a tune of US$52.3 billion. No less than 4 global indices, ranging from Dow Jones Islamic to FTSE Islamic, push forth a version of their own. It is fundamentally a global phenomena; with the ability to be applied across any jurisdiction throughout the world. That is the beauty behind this methodology; universality, stability and ease of application. Fundamentally, the Shari’ah compliant equity screening methodology provides an opportunity for any public listed to be considered as a destination for Islamic Investment funds.

Each and every benchmark set within it has undergone countless hours of Ijtihad by our modern day scholars; the product of which is a pragmatic array of tolerance levels that can be applied to our modern day equities. Without it, the Islamic Investment sphere would have to revert to investing in completely Shari’ah compliant entities; much akin to most Islamic Private Equity investments. Plenty of restrictions, little diversification, focused mostly on investments only in Muslim countries. Apocalyptic for the modern day Islamic fund manager should he consider regressing back to it.

Nevertheless, there have always been pockets within the Islamic Industry whereby such ‘Apocalyptic’ scenario persists. Industry segments where the Shari’ah compliant equity screening methodology fails to deliver due to the niche nature or specificities contain within this segment of the industry. A segment of the industry whereby efforts have launched though never persisted, whereby individual funds have been launched though never gained popularity. The ill effects of lack of diversity, purely driven by the lack of numbers, where novelty remains the key feature rather than outward performance. In the world of Islamic REITs there lies a gaping hole unaddressed by pragmatism that seems to entertain all other segments of the industry.

A dedicated Shari’ah Screening Methodology purely for Islamic REITs may be the complementary development that needs to be addressed in order to raise the profile of Islamic REITs. Just like within the Islamic public equity sphere; the spur that brings life and kick-start the growth of the industry is not the introduction of fully Shari’ah compliant equities but in fact the set of methodologies that introduces tolerance levels which can be applied to the existing equities universe in generating the ‘investable equities universe’ for Shari’ah compliant funds. That is the key.

A dedicated Shari’ah Screening Methodology purely for Islamic REITs to create the ‘investable REITs universe’ for Shari’ah compliant funds which would unlock the potential for the Islamic REITs segment. It is however quite a daunting task! An exposition on account receivables is fully warranted as REITs involve nothing but leases on the underlying properties. It involves full disclosures on not only financial information, which is the disclosure level for public listed equities but also additional disclosure on tenant mixes and rental incomes.

How would the scholars position the prohibited industries in light of their activities in leasing the underlying properties of the specified REITs? How can we treat conventional leverage in an industry that is plagued with debt? The data requirement may be insurmountable to most players in the industry albeit the few that specialises in it. Truth be told; properties as an asset class is not something that is new to the Islamic Banking and Finance Industry. In fact, Islamic banks are often chided for having an over-exposure to the property assets in their portfolio.

Nevertheless, the Industry’s exposure to this property segment has always manifested in property assets that are sourced mostly from Muslim countries. What is required is a Shari’ah Screening Methodology for Islamic REITs that will allow for diversification in Western and other developed nations. Fundamentally, what we require is a methodology that is equally universal, stable and easy to apply; just like what we have on Islamic equities. The challenge has set.

Effendy is a consultant for business, product and research. His expertise is in economic research and he has previously held several research assignments from Malaysian Institute of Economic Research (MIER) and International Centre for Education in Islamic Finance (INCEIF). Effendy began his career as a financial consultant at Standard Chartered Bank, Singapore, where he developed an extensive knowledge of banking instruments.

He then moved on to WAREES Investments, a subsidiary of Majlis Ugama Islam Singapura (MUIS) which specializes in managing and developing trust property. At WAREES Investments, he fulfilled the role of an investment analyst and is immersed to the field of Islamic Finance and Economics. A new introduction to the Amanie team, Effendy brings forth an integral knowledge of the banking industry. Effendy holds a degree in Business Management from the University of London, an MSc in International Economics (with Distinction) from Cardiff University and is currently pursuing his PhD in Economics from Universiti Malaya, specializing in Monetary and Islamic Economics.