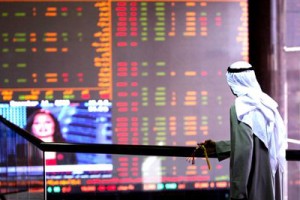 Sukuk is one of the financial market products which are, by design, vulnerable to both technical and actual defaults. While actual default would come from the inability of the issuer to make timely payment of any financial obligation to the Sukuk investors, technical default arises from the failure of the issuer to meet certain financial ratios during the tenor of the Sukuk. These will normally be disclosed in the Terms Sheet or Prospectus of the Sukuk to which the Sukuk investors would have access to. What is not provided in most, if not all the Terms Sheets and Prospectus of Sukuk, is the mode of restructuring of the Sukuk when the default actually happens.

Restructuring of indebtedness or debt restructuring is a process that allows a private or public company – or a sovereign entity – who are facing cash flow problems and financial distress, to reduce and renegotiate its delinquent debts in order to improve or restore liquidity and rehabilitate its position so that it can continue its operations. The latter is more relevant to Sukuk restructuring. Why does one need to restructure debt? There are many reasons for this exercise. Debt restructuring is usually, from a commercial perspective, less expensive and a preferable alternative to bankruptcy. Surely, bankruptcy will be more costly to all parties; both creditors and debtors. Also, debt restructuring will enable the borrower to continue with his usual business; this is not the case with bankruptcy. In some cases, debt restructuring allows an extension of payment terms (with or without the hair-cut).

In conventional markets, debt restructuring may take either one of the following modes of exercise. The first basically is a debt-for-equity swap under which the arrangement is such that the creditors generally agree to cancel some or all of the debt in the exchange for equity in the borrower’s company. Commercially, this will be appealing only if the creditors can see the future potential or value in the debtor’s company. Another mode is known as ‘bond hair-cut’ whereby the creditors or the bond holders would come to an agreement to accept a lower rate of coupon compared to the original contracted rate of coupon. Alternatively, the bondholders or the majority of the bondholders, as the case may be, may agree to reschedule the financial obligations of the issuer for a longer period for the same rate or lower rate of coupon. Would the above modes of restructuring be in tandem with the Shariah principles?

Obviously, the nomenclature of debt restructuring may not be suitable to all types of Sukuk restructuring as some Sukuk are based on equity instead of indebtedness. Thus, we have to put a different mode of ‘restructuring’ for different types of Sukuk. Let us see the most common types of Sukuk in the market nowadays. While some of the Sukuk are debt-based which gives the right to the Sukuk investors to receive the payment for debt from the issuer on a pre-agreed time intervals, such as Sukuk Murabahah and Sukuk Istisna’, other Sukuk are asset-based which gives the Sukuk investors the right to claim both the asset and the income generated from the asset. However, the recourse in the case of the default is only limited to the originator and the issuer, and not to the asset s such as Sukuk Ijarah, Sukuk Mudarabah and Sukuk Musharakah. Sukuk which are asset-backed would give the right to the Sukuk investors to claim only from the asset and not from the originator/issuer. Obviously, for debt-based Sukuk and to some extent Sukuk ijarah, the ‘Sukuk hair-cut’ is permissible as both the payment of purchase price under Murabahah and Istisna’ and the rental payment under Ijarah are debt in nature, and as such a discount of the debt is permissible.

However, to reschedule the facility to a longer period and for an increase in the purchase price will not be acceptable to Shariah principles. In the context of Malaysia, many of these Sukuk have been restructured by having another set of contracts to retire the existing Sukuk and to set-off all the outstanding payments under the old Sukuk , thus creating a new set of financial obligations for a new rate and a new tenor. Relatively speaking, Sukuk Ijarah is the easiest structure than can be restructured Islamically. This is because the Shariah principles would allow an extension of lease period even for an increment of rental payment, subject to mutual consent. Shariah principles would also allow for the replacement of leased assets if this is agreeable by both parties. Alternatively, the Sukuk Ijarah investors may exercise their “rights” on the leased asset on which the “trust” is created. However, the recent cases of default did not take this mode of exercise as the Sukuk investors tend to restructure the Sukuk instead of putting their hands on the leased assets. As for Sukuk Mudarabah and Sukuk Musharakah, any restructuring initiative pertaining to a new project line, duration and profit sharing ratio is possible. However, a Sukuk “haircut” will not be possible on general principles of Mudarabah/ Musharakah as the “haircut” would imply the “capital guarantee” for the Sukuk investors.

This is in conflict with the pronouncement of Shariah standards as of Accounting and Auditing Organisation for Islamic Financial Instituitions (AAOIFI). It also seems that these form of Sukuk may be swapped to the equity of the Sukuk issuer under the principle of “ debt-to-equity swap” as Sukuk in this category could be deemed as equity, thus swapping equity for equity is also compliant to Shariah principles.

Email: This email address is being protected from spambots. You need JavaScript enabled to view it. | Website: http://www.amanieadvisors.com