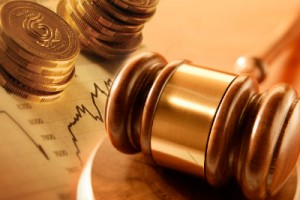 Screening is a term which was never heard of in Islamic finance terminology in the past. However, screening has been very central in the modern Islamic finance landscape as it will ultimately determine what can be invested in and what is not. To this effect, one needs to understand the socio-economic background of this modern phenomenon that has led to the notion of screening to the central debate of Shariah compliance in some of the existing asset classes in Islamic finance.

Understandably, the investment activities in the past did not encounter any delicate investment issues with regards to the subject matter of the investment. As most of the investment activities were into entities that were managed according to prescribed Shariah principles, the need to screen the activities of these entities was almost absent. The central focus, as can be seen from the juristic debates amongst the classical scholars, was on the legitimacy of a particular contract or a term to a contract. The body of Islamic substantive law is a good manifestation of this historical dimension.

Going through the literature of Islamic substantive law, the issue of screening was almost lacking. Theoretically, it is a logical inference to say that screening was not practiced in the past because the investment activities were either fully compliant or there were no joint ventures between Muslims and non-Muslims partners. However, throughout history there is much hard evidence indicating that there were some joint ventures or partnership (shirkah) in Islamic commercial space that took place between Muslim partners and their non-Muslim partners in various business activities. However, the Islamic fiqh principles in these instances will impose on the Muslim partners or shareholders to assume the managerial role to ensure that the conducts of the partnership are compatible to Shariah principles. In modern times, this assurance can be documented in Articles of Association and Memorandum of Association respectively. Thus, the need for screening was not felt in the past due to these jurisprudential requisites.

The above scenario has changed significantly in modern times. While activities of investment may be clearly segmented, the ownership of the companies which are involved in these investment activities is now open for public ownership through issuance of shares to the public at large. The owners will dictate on the management of the companies, thus making the company a separate legal entity bound by the decisions of the majority shareholders who subsequently appoint the directors to manage the company on their behalf. In the absence of Articles of Association that will uphold the Shariah principles in many of these public listed companies, the screening of the conducts of these companies, financial or otherwise, is necessary to ascertain whether these companies are compliant to all Shariah requirements which are documented in the body of Islamic substantive law.

It is against this background that some contemporary Muslim scholars have embarked for the first time in the history of Islamic law to undertake the screening exercise, thus creating the evolution of jurisprudence of screening as a new chapter in Islamic law. Initially, the motive was to only screen these companies to check whether they are compatible to Shariah principles or otherwise in absolute terms. Those companies which are screened as non-compliant are not eligible for the Muslim investors, be it individual or corporate, to invest into. This was the end result of the screening exercises.

The scholars may have various methodologies but the ultimate aim is to arrive at this conclusion. For all intents and purposes, the jurisprudence of screening ends here. A follow up undertaking by some Muslim scholars to put a certain benchmark of tolerance for some activities, be it financial or otherwise, is not integral to jurisprudence of screening. This aspect deals with another aspect of jurisprudence which is related to the issue of doctrine of ‘hajah’ or ‘essential needs of the society’ or some other doctrines which are subsequent to the result of screening. Although this aspect is not arguably within the nomenclature of screening, this aspect is very important to conclude the result of the screening given the modern circumstances and realities. Therefore, screening has been used not only in relation to the actual screening of the activities but also, in the context of the application of some tolerance benchmark of non-compliant activities of selected companies to reflect the reality of the situation where there are many companies that are compliant from a business activities standpoint but may not be complaint overall unless certain tolerances were applied from the financial standpoint.

Thus, the idea notion and practice of screening, though new in its proposition, does not depart from the very established Shariah principles of investment. In other words, the practice of screening is a practical application of all relevant Shariah principles in the space of investment in various asset classes. The jurisprudence of screening has added a new dimension, or rather a practical dimension to Islamic law which may be perceived by some as theoretical and not dynamic.

The practice of screening has opened many other dimensions for the consumption of contemporary Muslim society. A case at hand is the basis of valuation of any company against which the tolerance benchmark will be applied. While some scholars may have adopted the market valuation concept, others may want to adopt either total asset concept or even enterprise value as each of these may reflect the valuation of the company at any point of time. This will also relate to the basis of valuation of shares in the context of zakat accounting.

While some assets such as public listed shares or commodities may be screened easily, other assets may need a more robust and dynamic screening criteria to account for the peculiarities of the particular asset class. Surely, investment in private equity fund or REITs may require a different methodology of screening and for this purpose, contemporary Muslim scholars are again called upon to use their jurisprudential knowledge and skills to provide a jurisprudential solution for contemporary Muslim investors to participate in these asset classes if these assets could be screened according to a methodology which is sound and acceptable to the teachings of Islamic law. It is interesting to see that the methodologies of screening have evolved in the last 10-15 years and have also embarked on new asset classes which do not have any international Shariah standard as yet such as REITs. The basis for any methodology of screening must be disclosed to both retail and sophisticated investors to enable everyone to appreciate the dynamism of reasoning (ijtihad) in the jurisprudence of screening, in both theoretical and applied discipline of screening.

Email: This email address is being protected from spambots. You need JavaScript enabled to view it. | Website: http://www.amanieadvisors.com