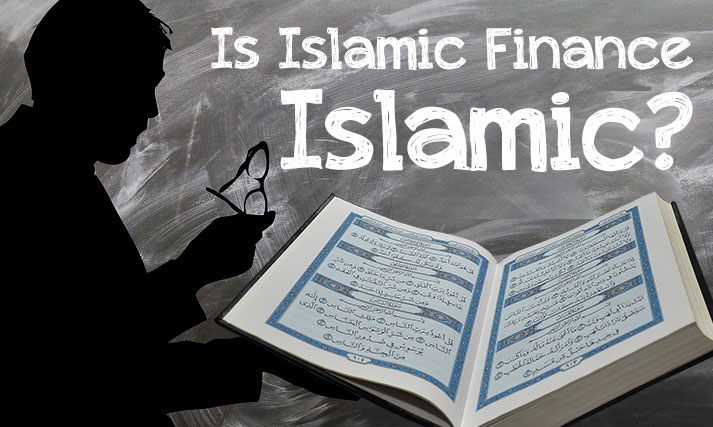 As an Islamic finance student and professional, the most common and most frequently asked question to me, Is Islamic Finance Islamic? The surprising part is the people who ask this question are mostly Muslim and from South Asia. My answer to them starts with a simple question itself, what you think is not Islamic about Islamic finance? And I know what is coming. Common replies are, It looks same as conventional banks, same banking structure, same central bank, same interest rate, same designations of the employees as the conventional banks. I let the person take his frustration out on Islamic finance for a while.

Most of my replies are ummmmm and hmmmmmm, for first 5 minutes and then comes the real part when a person says, why they charge so much, if banks are Islamic then they should charge no profit (interest).

There is a history to this question. In last century or so we have associated Islam and any transaction related to Islam in two categories 1. Zakat and 2. Sadqat. People no longer know that finance in Islam can have a proper structure of daily business activities and transactions. Reciting Quran has become only a religious act of worship not as the Book of guidance. As the Muslim mind think, how a Book that was introduced 1400 years ago can still be relevant to current market and finance structures. Every Muslim, at least once in his or her life must have said "Islam is a complete religion", mostly we say this statement when we want to win an argument using religion as a tool against co-education, women education or in favor of 4 marriages.

We let Islam to be a complete religion when we need the support of Islam for our arguments. Banking and economics in Islam? oh no no, how a 1400-year-old model can still work, there is no Islamic finance, in Islam there is only charity or interest free loan (Qard).
I wonder then how the markets of Makkah and Madina worked during the time of Prophet Muhammad (P.B.U.H), how those who didn't had funds did the business, how the market worked on the late payment or receivables, how were the books kept that time?

I ask the person his full name. let say for the purpose of this discussion, he says my name is Ahmed Usman. I ask why Usman, who is he. With a surprise on his face and bit of anger in his voice he replies he is my father. I laugh a bit to calm the situation and say why you have your father name, I know he is your father but why you don't have any other name like for example mine, a bit of more anger and I get the most important reply, I am his son and he married my mother so I am legally his son and therefore I carry his name. Now this is my moment to shine. Dear brother, I reply, you are legal son of your father therefore you carry his name but tell me if your parents were not married and they still decided to have you as their son, then won't you will be same, as in same face, same voice, same height, same features. Just you won't be a legal son and therefore could not carry your father name legally. YES, he replies. That's it. That is the difference between Islamic finance and conventional finance. Everything looks same but one "contract" make the whole thing halal and haram. In case of your parents' marriage it's the contract of Aqad (nikkah) and in case of Islamic finance it is the underlying contract i.e. buy or sell, equity based or debt-based contacts. That one contract between your parents make you halal and these contracts in Islamic finance make it halal. Both will look same if these contracts are removed but then it won't be halal.

90% of times I don't get anything more than a smile from the person and the person don't like to see me for a long time but one thing I am sure that he opens an account in Islamic bank as soon as possible because now Islamic bank is a personal matter to him as he is the legal son of his father. We cannot explain the theories of muamalat to everyone, we must teach other in polite and humble way and most importantly in the way that they understand.

When I go back to Pakistan and visit my village or far north Pakistan, I face these questions. My first observation was that the Islamic banks are not doing a good job in market awareness but then I see on Facebook and other social media platforms, so many good advertisements and awareness material for Islamic finance. Somehow, I think the social media have took over the discussion of evening tea in south Asian families, where young generation sit with old generation and exchange ideas. We need to understand our society and people. We need to go to them and humbly listen to them and explain them what Islamic finance is, or at least give a logical example to impress them.